As usual, it’s been forever since I updated, but at least I have a good reason this time: 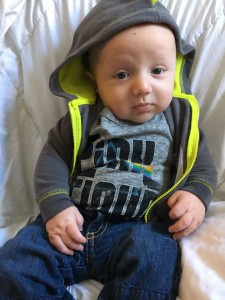 Meet Baby S! (Yes, that is a Pink Floyd shirt he’s wearing, DON’T JUDGE ME.) He was born in late December, so my life’s quite understandably been a bit busy since then – not to mention the fact that I’ve also had convention planning to do, for the con I am staff for. Somehow I’ve also managed to squeeze in time to do another beta read for Sanderson (you guys are going to love Oathbringer. Seriously.), and before S was born, I collaborated with a bunch of the other beta readers to write a couple of articles for TOR.com, which was SUPER exciting. I’ve wanted to write for TOR for a long time, so this was a fabulous opportunity.

The first of the articles was a Dreamcast for The Way of Kings, which got a LOT of buzz because we decided to stick to a mostly Asian casting for it (which is textually correct but apparently NOT what people had in their head-canon for the characters). For the Mistborn Dreamcast, we stuck to a more traditional stable of actors and people seemed a lot more accepting of our decisions.

Writing these was an absolute blast, not only because I got to have some really fun debates with fellow Sanderson super-fans, but because I got to write something in a professional capacity for a publication I greatly admire.

Speaking of publications I admire… In January 2016, Gollancz (a UK Publisher if you weren’t aware) opened its doors to unsolicited, unagented submissions. I figured it was worth a shot and sent in the first three chapters of Greencloak. As the months went by and I received no word that the package had even been received, I figured that either it had been lost in the mail or rejected outright. But then yesterday I got this in the mail: 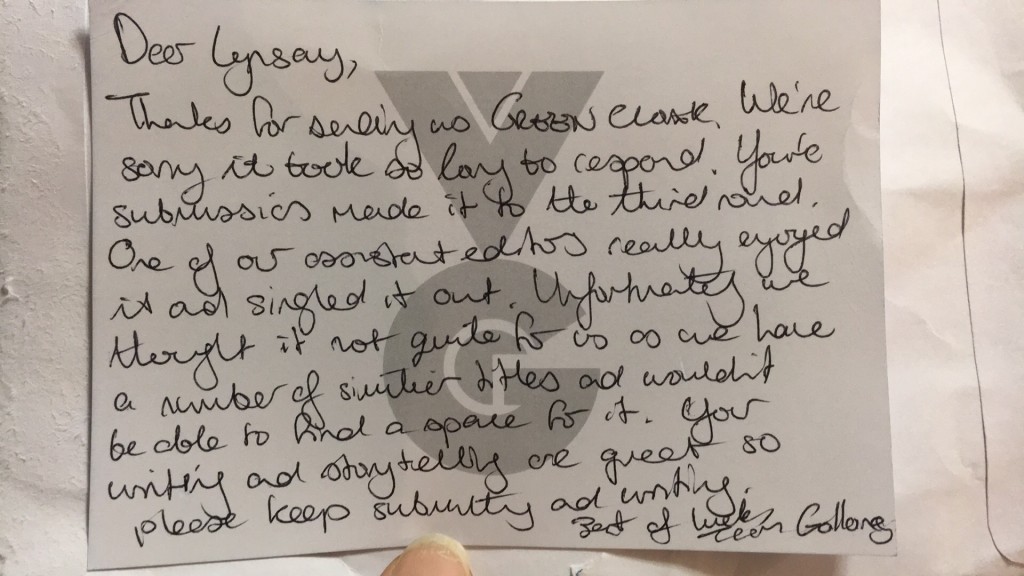 It says: “Dear Lyndsey, Thanks for sending us Greencloak. We’re sorry it took so long to respond. Your submission made it to the third round. One of our assistant editors really enjoyed it and singled it out. Unfortunately we thought it not quite for us as we have a number of similar titles and wouldn’t be able to find a space for it. Your writing and storytelling are great so please keep submitting and writing. Best of luck, Team Gollancz.”

So… that’s a thing. I’m encouraged by the fact that someone else really liked it – but depressed that it came in so close and fell short of the mark. At least it fell short because the publisher already had too many similar titles and not because of poor writing or anything. I’d really love to submit to TOR, but I’d rather wait until I can talk to one of the editors in person and see if they’d be interested in it. With Baby S with us now, I won’t be able to get to as many conventions as I used to (for the first couple years anyway), so submissions may need to take a back seat. In the meantime, I suppose I can bang my head up against the revisions for book 2 some more, and I’m also working on editing Forgotten Soldier as well as my 2016 NaNoWriMo novel.